Just to let you know that we're on a short break and orders placed now won’t be made and packed until after August 9th. 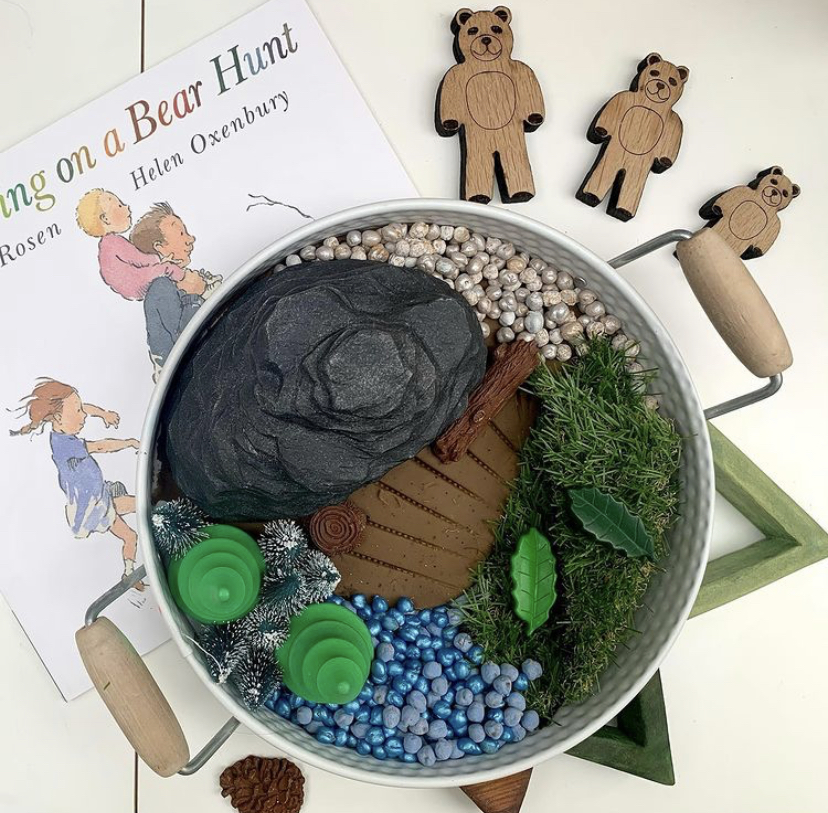 Back to
Play ideas

World Book Day was created by UNESCO on 23rd April 1995 as a worldwide celebration of books and reading. Now in it’s 24th year, it is marked in over 100 countries around the globe and offers every child and young person the opportunity to have a book of their own.

We love reading at home as much as we know you do, and we’ve all got our favourite books on the shelf (they’re also usually the ones you been asked to read a million times!)

Children’s books are magical, inspiring and often nostalgic for the parents, with many of the classics standing the test of time and being read and enjoyed by generation after generation.

So, ahead of this year’s World Book Day on 4th March, we’ve put together a collection of incredible play sets ups, created by our product reps, to help add even more joy to your favourite stories.

I know there will be a lot of parents (and children!) who can recite this one!

The Very Hungry Caterpillar, originally published in 1969, was created by Eric Carle and tells the story of a caterpillar's week-long journey to becoming a beautiful butterfly. This is one of the most famous childhood classics - and has sold over 50 million copies worldwide, the equivalent of one copy a minute since it’s publication.

This is one of our very own play set ups, using Organised Chaos with Kids dough, wooden foods and prompts to help with learning the days of the week.

One of the most popular children’s authors of our time, Julia Donaldson published The Gruffalo back in 1999, with the iconic illustrations created by Alex Scheffler. Telling the story of a clever little mouse taking a walk in the woods, it’s since won a number of awards and has been transformed into plays and an Oscar-nominated animated film.

Whatshallweplaytoday has used our dough alongside Gruffalo wooden figures and simple loose parts including buttons, beads and felt balls to put together this themed play idea.

We’re Going On A Bear Hunt

Another classic book that has stood the test of time is We’re Going On A Bear Hunt by Michael Rosen, illustrated by Helen Oxenbury. Published back in 1989, it tells us the story of four children, their baby sister and a dog going out to hunt for a bear. With obstacles including ‘long wavy grass’, ‘a swirling whirling snowstorm’ and ‘thick oozy mud’, this book gives so much inspiration for sensory play!

This very special play set-up includes elements from the whole book, as well as some adorable wooden bears – with all credit going to The_little_adventurer_.

What Is The Moon?

When the little ones start to ask questions, Usborne Books’ ‘very first questions and answers’ books are perfect to teach in a fun, interactive way. This one was published in 2019 to celebrate the 50th anniversary of the Apollo Moon Landing.

Along the moon theme, Thestayathometoddler created this incredible invitation to play using elements from our Space Play Kit, rocks, pebbles and lots of tools for exploring.

Room on the Broom

Another book written by the ever-popular Julia Donaldson, Room on the Broom celebrates its 20th anniversary this year and has won multiple book awards. The story begins with a witch and her cat, who invite a dog, a bird and a frog to join them on their travels – but danger lies ahead!

We love this simple but effective idea from The_little_adventurer_, using two of our doughs, an adorable witch peg doll and a number of different themed props to enjoy.

We've had some many brilliant ideas sent to us that we couldn't share just five! So here's some more inspiration for your World Book Day-themed play:

What’s your favourite childhood book? We always love to see your play ideas, so please do keep sharing them with us on social media!

stay up to date with exciting play ideas and news